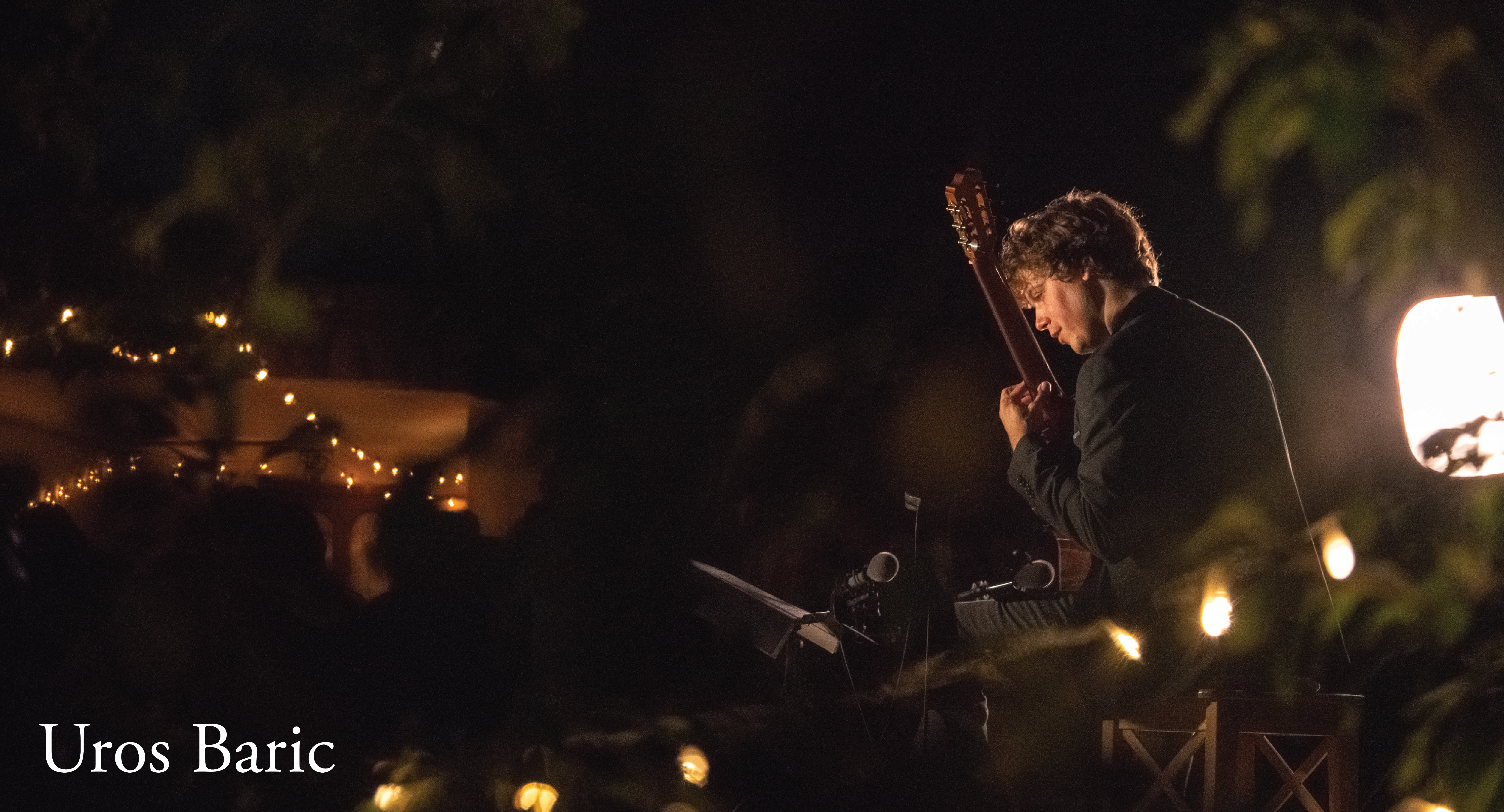 “Midnight by Uros Baric is filled with beautiful performances, sensitive phrasing, as well as elegant and colourful arrangements. His use of guitar orchestration perfectly suits the collection of works creating a warmth for the album that we wish would never end. Ample cross-string legato, flowing melodic phrasing, and a very sensitive touch make this album truly virtuosic in its musicality. Highly recommend.” - This Is Classical Guitar

Uros Baric is an acclaimed classical guitarist, guitar instructor and music producer from Slovenia. He started his musical journey in his hometown Sezana with guitar teacher Igor Kos. While in high school, Uros studied guitar in Trieste with Marko Feri and won highest prizes at international competitions for young musicians such as 1st prize at Concorso Europeo di Chitarra Classica Premio Enrico Mercatali in 2004.

He holds a Master’s Degree from Universität für Musik und darstellende Kunst in Vienna, where he graduated with honours in 2011, in the class of world-renowned guitarist Alvaro Pierri.

Uros is quickly establishing himself as one of the classical guitar and recording authorities online. His YouTube music videos and tutorials have had millions of views and his channel has gained a large following of 12000 subscribers and growing. He also runs Guitarise, an online classical guitar learning platform.

He is the founder of Baros Records, an independent record label and recording studio focused on releasing high quality classical guitar music.