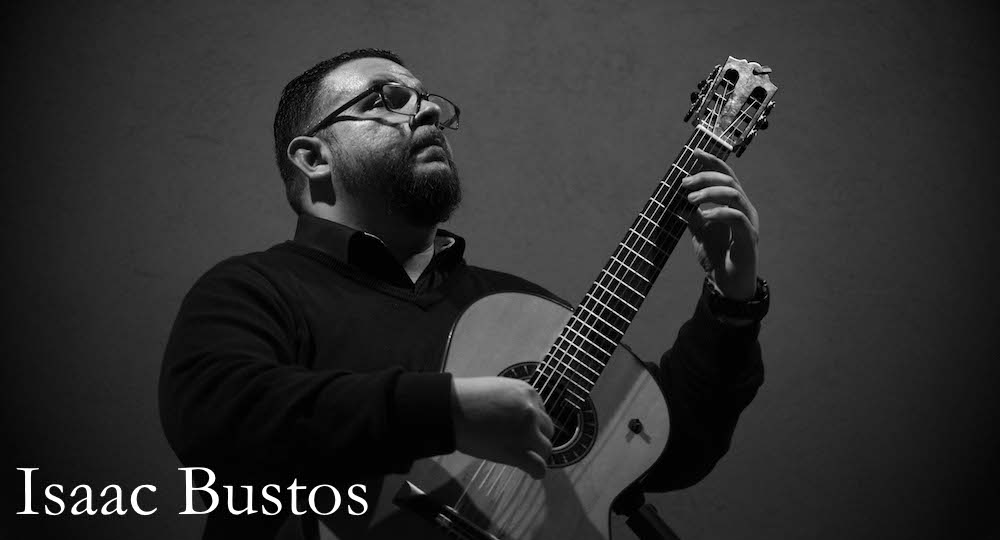 “Soulful and virtually flawless,” hails the Portland Oregonian and the Boston Globe writes, “In warm, round tones, the notes of Bach cascaded from the guitar, every note correct and played without hesitation.” Classical guitarist, pedagogue and educator Dr. Isaac Bustos, enjoys an extensive performing career that has taken him to Canada, Central America, Europe and all over the US. Bustos has made several Radio and Television appearances and is in demand as clinician and master class teacher invited to perform in some of the most prestigious festivals around the globe including the Guitar Foundation of America Annual Convention, Panama Guitar Festival, Festival Internacional de Guitarra Monterrey and Festival del Noreste in Mexico. Isaac has appeared as soloist with the Orchestra of New Spain, The Baytown Symphony Orchestra, The Nicaraguan National Symphony Orchestra and the Buffalo Philharmonic Orchestra under the baton of Maestro JoAnn Falletta.

Dr. Bustos has acquired an impressive number of top prizes in over 12 major international competitions, 7 of which are first prizes. Additionally, Isaac has premiered new guitar works by composers Nico Muhly, Blas Atehortúa, Samuel Zyman, Frank Wallace, Mark Cruz and Joe Williams II. In the Spring of 2016, he released the world-premiere recording of Peter Lieuwen’s Sonata for Guitar – a work commissioned and dedicated to Isaac - on MSR Classics, and “Canciones a mi Madre” for Vgo Recordings.