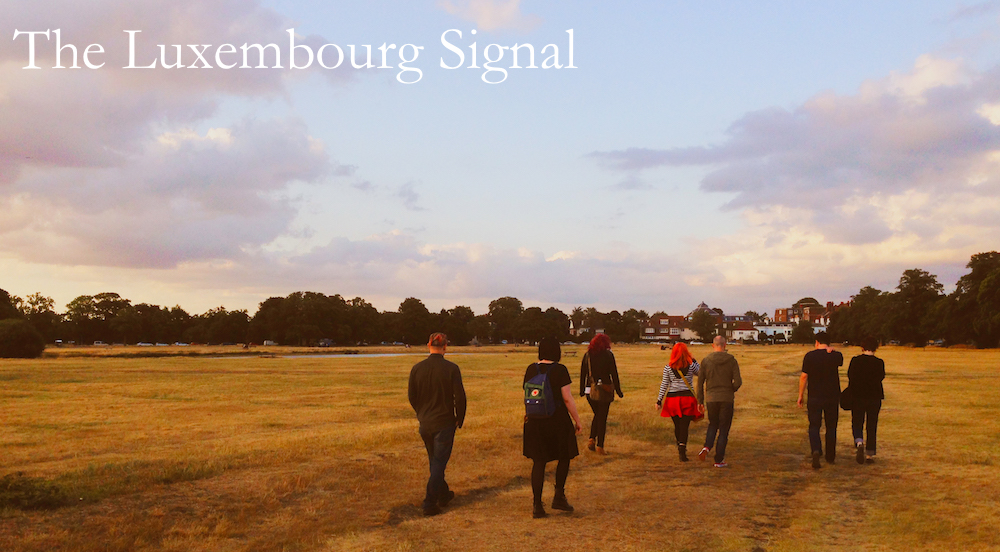 "Not only do The Luxembourg Signal sound the equal of the bands that inspired them, with the majestic "Laura Palmer" they've crafted something that surpasses those bands on many counts. It's not an easy trick to pull off, but given the Luxembourg Signal's experience, skill, and willingness to bare their melodic emotions, they do pull it off quite often on this album, which makes Blue Field quite impressive indeed." - Allmusic

Shelflife presents the new album Blue Field from The Luxembourg Signal available October 13th on limited edition LP vinyl, CD and digital formats on Shelflife and Kleine Untergrund Schallplatten (for Europe). With the release of their first single and debut album on Shelflife in 2014, The Luxembourg Signal quickly found a loyal following among fans of dream pop/indie pop music, and received enthusiastic reviews for their pop sensibilities, angelic vocals and lush soundscapes. Since the debut release, the band's lineup of Beth Arzy & Betsy Moyer (vocals), Johnny Joyner (guitars), Brian Espinosa (drums) and Ginny Pitchford (keyboards) has been expanded with the addition of Kelly Davis (guitars) and Daniel Kumiega (bass). The seven-piece played a handful of shows in the UK and Europe in the summer of 2015 to promote their debut album, including a Sunday evening performance at Indietracks that many cited as one of the highlights of the weekend. 2015 also saw the release of a split 7" single with Soft Science (Test Pattern Records), which featured a remix of Dying Star by Robert Hampson (Loop/Main). For their follow-up LP, Blue Field, The Luxembourg Signal returned to the studio with engineer Mark Rains and produced an album that reveals a bolder, more developed sound with a darker undertone. The album's first single "Laura Palmer," released on 7" in June, earned immediate admiration from fans across the globe. The new LP also features special guest vocals from Bobby Wratten (Field Mice, Trembling Blue Stars) on the reflective track "Fall Feeling."

The Luxembourg Signal’s String of Choice